WHO WE ARE WHAT WE DO HOW WE WORK
MENU

Volume 114
May 1, 2013
Texas-Sized Call to Action!
A tragedy like the fire and explosion that occurred at the West Fertilizer facility serves as a call to action for each and every retail farm center to review their environmental, health, safety and security programs. An honest, diligent audit of the programs 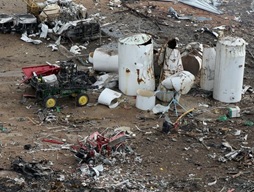